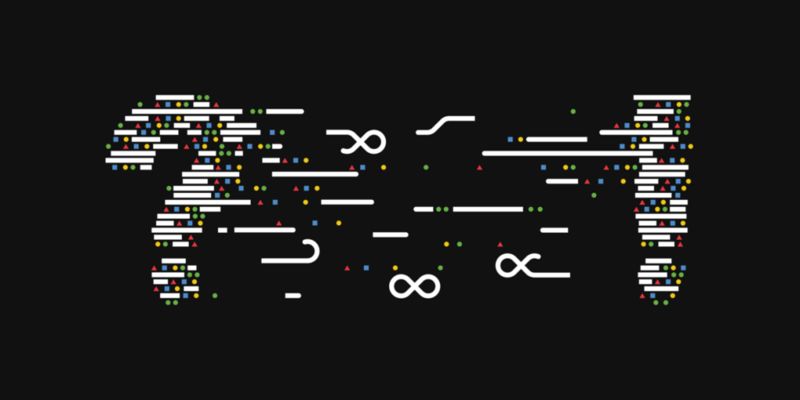 In 2013, IBM Design set off to create a sustainable culture of design at a scale never before attempted. The engine that powers this transformation is IBM Design Thinking: a framework for applying design thinking at the speed and scale demanded by an enterprise like IBM. The ultimate goal: changing the way IBM approaches problems and solutions to improve the lives of the people we serve.

For the last eight months, I’ve helped lead the effort to reimagine IBM Design Thinking. This release refines our point of view and clarifies IBM Design Thinking’s role in a continuous delivery world. Since the framework has gone through a major revision, I’d like to share the thinking that inspired this iteration.

In June of 2015, Adam Cutler and I traveled to Dublin, Ireland to meet with four visual communications interns— students at the Dun Laoghaire Institute of Art, Design & Technology— to pitch a project. Our goal? A new perspective on IBM Design Thinking. The students were incredibly talented and I was floored by their portfolios, but they had no experience in software, had never worked in an enterprise, and had never heard the words "design thinking.

As we presented them with the project brief, I attempted to frame the problem. I don’t recall my exact words, but they went something like this:

" — people think PMOM, Agile and DevOps are at odds with IBM Design Thinking, and they don’t know how Hills map to Epics and User Stories — "

As the sentence rolled off my tongue, I saw one of the interns go pale. Another slumped in their seat. Adam interrupted to tell me, in no uncertain terms, that they had no idea what I’m talking about.

Just as I reached the point in my career where I could speak in fluent IBM jargon, the interns opened my eyes to my first challenge: IBM Design Thinking for all. They introduced me to their persona: Sarah, the 5th grader. "If it doesn’t work for Sarah," they said, "it doesn’t work."

Delivering software is complex — doubly so in the enterprise – and these frameworks can help make sense of the complexity. However, the jargon can be inaccessible to the point of disorientation. If you aren’t careful, you repress the real thinking required to solve problems by over-relying on the very methods intended to enable it.

The models that ultimately endure are the ones you intuitively know to be true. No intellectualizing necessary — they are as undeniable as gravity, and as easy as remembering to breathe. They don’t repress thinking — they foster it.

To scale IBM Design Thinking across IBM, we needed to help newcomers and practitioners get up and running quickly. So we set off to articulate design thinking in a way that anyone could pick up and use with little outside assistance.

As we were searching for a better model, we watched team after team in conversation, unpacked their interactions and looked inward at our own process. We filled wall after wall with hundreds of iterations to articulate what we learned. When we shared an idea, our stakeholders would raise their eyebrows and scratch their heads. Then we’d take a deep breath and try again.

When I first drew the Loop, it began as two separate circles: observe and act. As they sat side by side, I traced the path of the figure-8 rhythmically and was momentarily delighted.

With a few more scribbles, I breezed right past it. But as the week went on, it continued to channel itself stubbornly through the tip of my pen.

When I played it back to our Sponsor Users, their response was immediately telling:

"But no one’s ever said it quite like that."

Midway through the project, I was given the opportunity to observe the Loop in a real life, controlled environment. We set up our inquiry as a true experiment: one team of IBM Design interns were onboarded using IBM Design Thinking with the Loop; the control groups used the existing design thinking model.

I sat down over lunch with the experimental group for 30 minutes and gave them a brief explanation. No slides, no prepared material. I drew a single loop on a paper napkin. They nodded their heads.

Within 24 hours, the language of observing, reflecting, and making became a part of their everyday speech. They got henna tattoos. One of them drew the Loop on their bathroom mirror.

At the end of the project, we did a post-mortem with the team. The most telling statements:

"We were always taught in school to save making for last. The Loop gave us the permission to make, and fail, and try again in a way I don’t think I’ve ever felt before."

"Over time, we stopped thinking about it. It just became a part of the way we worked as a team."

I have drawn the Loop, or some variation of it, on every writable surface in the Austin studio. While I’m continuously discovering its many dimensions, I now believe I understand the source of its power: that when you use the Loop, the way you think becomes actions you commit to muscle memory.

However, the most important part of any framework is the frame itself: the lens through which you interpret your situation.

Curiously, the Principles made their way into the framework last. At first, we weren’t quite certain how to fit them in. They’d come from the previous iteration of IBM Design Thinking and we were still searching to find the right way to integrate them. 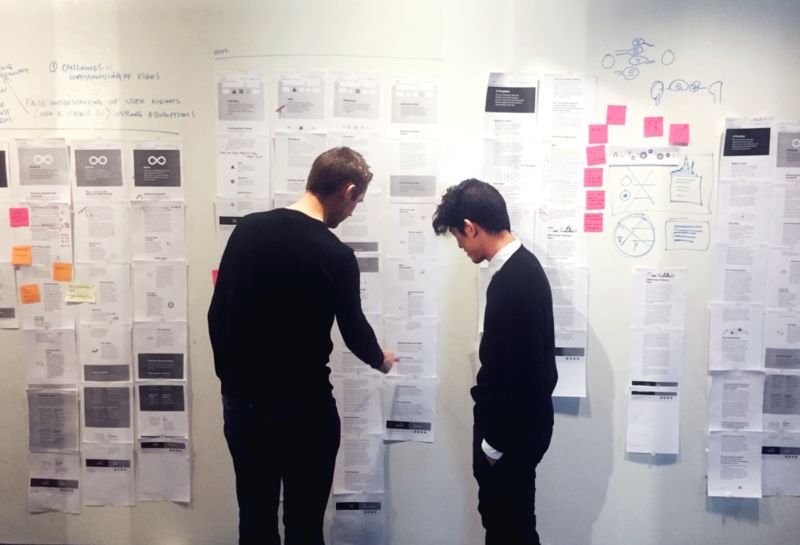 When we placed the Principles next to the Loop, a realization dawned on us: we’d described a continuously evolving conversation between our users, their evolving needs, and the teams that solve for them.

Through this lens, our offerings aren’t just the code we ship — they’re mediators of relationships with users. This is the fundamental premise behind restless reinvention: that our value is as much about our ability to respond to changing needs over time as it is about our capabilities at any given moment.

To me, this is the spirit is that empowers us to be essential to our users, clients and the world.

There are few times in your career where you are given the opportunity to rethink the way a truly global company thinks. I’m proud and honored to have been a part of this release, and I’m excited to invite you to join in the dialogue that follows.

We’re sharing the framework with you because we believe that it will not only help us work better together with you, but it can help any team achieve better outcomes for the people they serve.

We’re also excited to learn more from all of you about your own experiences with design thinking at scale.

Have fun, be good to each other, and remember to reflect often.