The lauded Braun designer reveals how architecture has influenced his work, what Apple gets right, and the kind of design he truly hates. 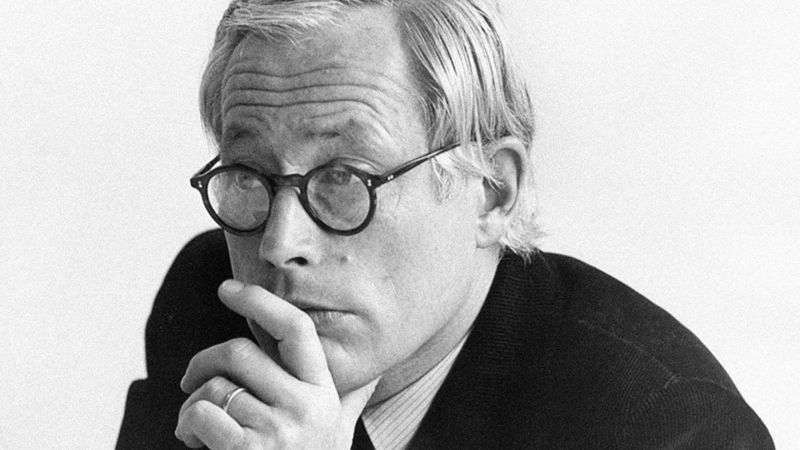 This is the first of three excerpts from Helvetica/ Objectified/ Urbanized: The Complete Interviews by filmmaker Gary Hustwit.—Eds

Gary Hustwit: How did you get started as a designer? What was your training?
Dieter Rams: I began my studies in architecture at the Wiesbaden School of Art in 1947. I was interested in interior design, but always the emphasis was on architecture. After I finished school, I joined an architectural firm in Germany, Apel, which was doing work with Skidmore, Owings & Merrill, so I came into contact with what was happening in architecture in the U.S. It was a very interesting time after the war; it was like a new beginning in Germany. 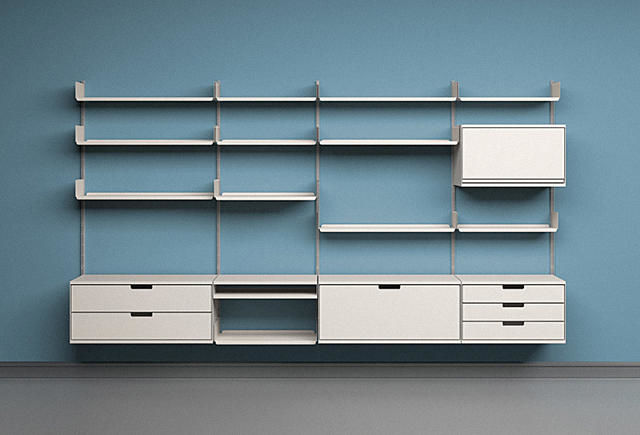 One day a colleague of mine saw an advertisement that Braun was looking to hire an architect. He said, 'Why don’t you write them? Maybe you’ll get the job.' I wasn’t interested at the time, but he kept pressing me, so I wrote them. I met with the Braun brothers, and I got the job. Later, in 1956, I became more involved with the industrial design there. I never lost my connection to architecture, in spite of the design work I did for Braun and other companies.

Can you talk about how architecture influenced your design work?
Without a doubt, architecture did influence it. Especially architecture by the people who’d been chased to America by the fascists: Mies van der Rohe, Walter Gropius; these were very influential architects for me. Then and now, I consider their work remarkable—in Chicago, in New York.

But it also influenced me in other ways, like the procedural methods. The principal architects of Apel and the Skidmore people, they studied every detail. It was all clarified in advance. That influenced me a lot when I got into the industrial design sector. In industrial design, everything for the production has to be clarified in advance with models and prototypes, all the details, for multiple parts. Otherwise you don’t proceed to the production stage. You have to think carefully in advance about what you’re making and how you will make it, because for both architecture and industrial design, the cost of changing things afterward is much higher than the cost of better preparation. So I learned a lot from architecture.

We have too many unnecessary things everywhere. I would describe this as inhumane.

How would you characterize your design philosophy?
I always strove for things to be sustainable. By that I mean the development of long-lasting products, products that don’t age prematurely, which won’t become out of style. Products that will remain neutral, that you can live with longer. I summarized my philosophy in 10 points, and I’m actually very surprised that people today, especially students, still accept them. I didn’t intend these 10 points to be set in stone forever. They were actually meant to mutate with time and to change. But apparently things have not changed greatly in the past 50 years. So even nowadays, they are still accepted. 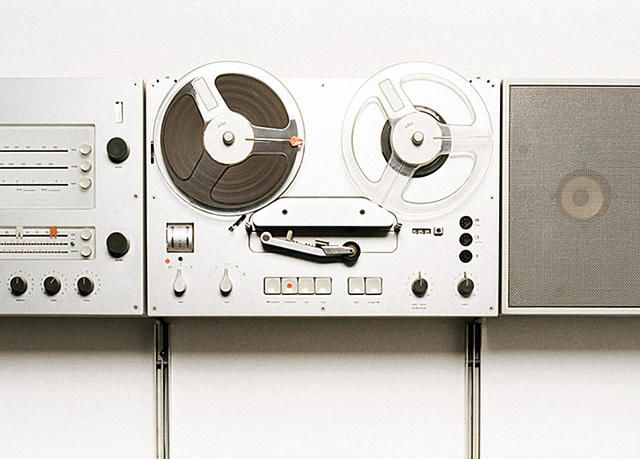 How has design changed in the last 50 years?
What I am especially bothered by today is that, particularly in the media, design is being used as a 'lifestyle asset.' I’m bothered by the arbitrariness and the thoughtlessness with which many things are produced and brought to the market. There are so many unnecessary things we produce, not only in the sector of consumer goods, but also in architecture, in advertising. We have too many unnecessary things everywhere. And I would even go as far as to describe this as inhumane. That is the situation today. But actually, it has always been a problem.

I didn’t intend the 10 principles of good design to be set in stone forever.

We need to deal with our resources differently, in terms of how we waste things. We have to move away from the throwaway habit. Things can, and must, last longer. They must be designed so that they can be reused. We need to take more care of our environment. That means not only our personal environment but also our cities and our resources. That is the future of design, to take more care of these basic elements. Otherwise I’m not sure what the future of our planet will be. So designers have to take on that responsibility, and to do so we need more support from government. We need political support to solve the problems with our environment and how we should shape our cities. As designers, we shouldn’t be doing this for ourselves, but for our community. And the community needs support, not only to interact with each other democratically, but it also needs support to live democratically.

That is something I learned very early on, by the way. The Ulm School—founded as a successor to the Bauhaus, with American help, with the Marshall Plan in the '50s—was founded with the intent that people interact more democratically with each other with the help of design. And I still find that idea very, very interesting and important, and it needs to be rediscovered today. 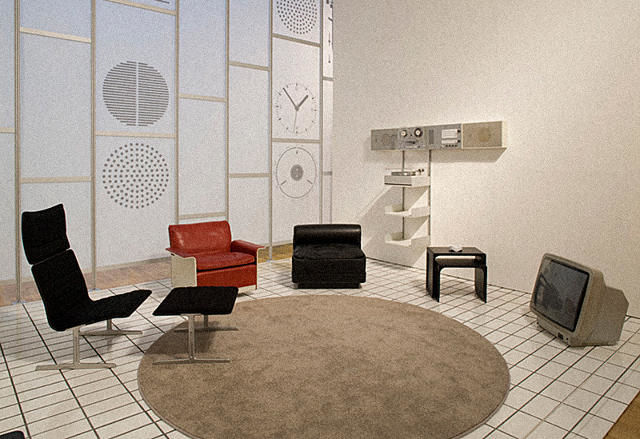 If you were to design a computer now, what would it look like?
It would look like one of Apple’s products. In many magazines, or on the Internet, people compare Apple products to things which I designed, with this or that transistor radio from 1965 or 1955. In terms of aesthetics, I think their designs are brilliant. I don’t consider it an imitation. I take it as a compliment.

What’s your reaction when you see objects that have been poorly designed?
It angers me. What winds me up most is the modern kitsch. Older things make me less angry; they are the past. But I’m angry at the many bad, false things of which there are still too many of in this world. Unnecessary, false, dishonest products; these are the things that make me angry.

Of course I’m also angry that there isn’t more design happening in the environmental area. For example, I think solar technology has to be integrated much more into new architecture. We need renewable energy in the future, and it has to be a.) integrated into existing structures and b.) articulated more clearly in new structures. We are guests on this planet, and we have to do more to keep it healthy in the future.

Innovation has to come from the inside and then influence the outside.

I wonder if you could talk about how the process of design has changed, in terms of new technologies.
I’ve always been of the opinion that new technologies—for example, when I said in the first of my 10 principles that innovation is an important aspect, I meant that technical innovation will get us further, not innovation in terms of appearances. Innovation has to come from the inside and then influence the outside. That’s what I understand as innovation.

That’s why new technologies are extremely important. We should not condemn them or detest them. We have to live with new technologies. But, please, they shouldn’t be wasted or used to kill one another. Instead, they should be used to improve our lives on this planet. I don’t know, in 10 or 20 years we’ll fight about whether we even have enough water on this planet. Or whether we are wasting the little that we have. So there will be different challenges and priorities, which we will only master with new technologies.

Is there anything else you’d like to talk about that we haven’t covered so far?
Well, I’m not very active in the design field anymore. I have only a few things to do, mainly in the furniture sector, because I have certain commitments. But I am still very interested in what’s happening, and it is my wish that we really do deal with our surroundings more consciously in the future. That is really my wish, because I believe it contributes to living with one another more peacefully. That’s why, if I had something to do in this world again, I would not want to be a designer. Because I believe, in the future, it will be less important to have many things and more important to exercise care about where and how we live.

This interview was condensed and edited with the author's permission. For more of Rams's interview and interviews with 70 other designers, buy Helvetica/Objectified/Urbanized: The Complete Interviews here.

Get the latest Co.Design stories delivered to your inbox daily.
I'd also like to receive special Fast Company offers
comments powered by Disqus